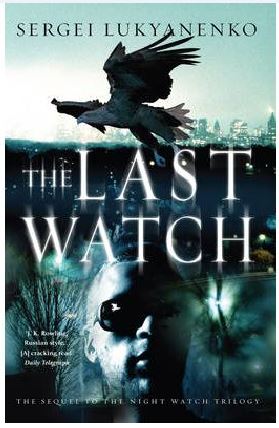 While on holiday in Scotland, visiting a macabre tourist attraction, 'The Dungeons of Edinburgh', a young Russian tourist is murdered. As the police grapples with the fact that the cause of the young man's death was a massive loss of blood, the Watches are immediately aware that there is a renegade vampire on the loose. Anton - the hero of The Night Watch and The Day Watch - is detailed to this seemingly mundane investigation, but on arriving in Scotland begins to realise that there is much more to the story than a wildcat vampire and a single murder. Aided by Thomas, the head of Edinburgh's Night Watch, Anton investigates and ruminates, and becomes aware that a team of unlicensed Others are hunting for a fabled magical treasure, hidden in the sixth level of the Twilight by Merlin himself.