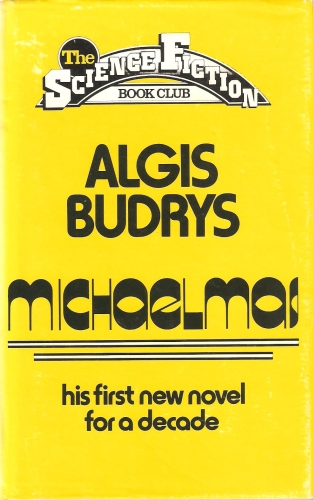 Michaelmas and Domino, man and computer, were linked to each other and to the complete database of Earth. There they virtually ruled the world. For by making the right subtle manipulations, they had the power to change the course of human destiny. Then came the day they discovered that someone - or something - was resurrecting the dead! And when Astronaut Norwood, assumed killed in a shuttle crash, suddenly reappeared, apparently willing and able to control a crucial exploratory mission to the Outer Worlds. Michaelmas knew it was time to act - before the unknown intruders had time to mastermind the doom of all mankind.