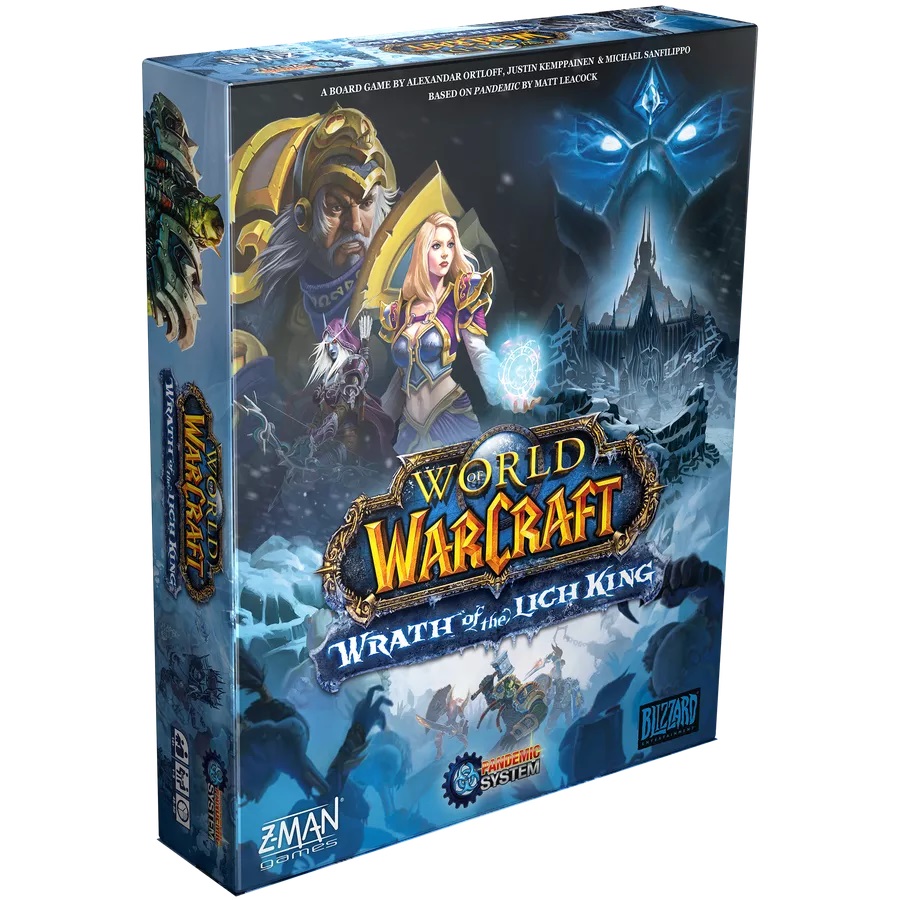 World of Warcraft: Wrath of the Lich King Board Game EN - spoločenská hra

Join forces with classic World of Warcraft heroes as you take down the forces of the Lich King in this journey across Azeroth. Wrath of the Lich King combines the classic co-operative Pandemic gameplay system with the iconic World of Warcraft universe featuring legendary characters, daunting battles, and intricate quests.
In the Wrath of the Lich King board game, players control one of Azeroth’s heroes and fight their way through the Scourge to reach the throne of fallen Prince Arthas, now feared throughout Azeroth as the terrifying Lich King. Adventure across the frozen continent of Northrend, take on quests, battle monstrous entities, and more to retake Azeroth from the Lich King.

World of Warcraft: Wrath of the Lich King - A Pandemic System Board Game includes:
● The Pandemic system with familiar mechanics and gameplay, now tweaked to embrace the World of Warcraft universe.
● An extra-large game board featuring forts, temples, battlegrounds and iconic locations native to Azeroth.
● Legendary World of Warcraft characters with detailed and sculpted plastic figures, including Thrall, the Warchief of the Horde; Varian Wrynn, King of Stormwind; and Sylvanas Windrunner, Banshee Queen of the Forsaken.
● Quests, a brand-new mechanic to Pandemic that sees players adventuring across Northrend to battle monstrous entities, destroy evil relics, and more.
● Hero Cards that give players an edge against their enemies in the form of equipment for more attack power during combat, special mounts that allow players to move more spaces on their turn, healing potions to restore hit points, and much more.