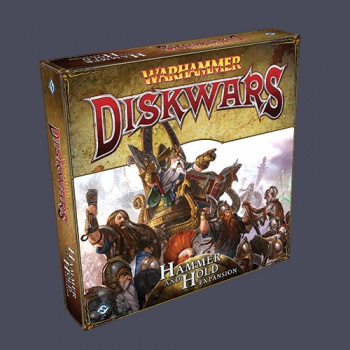 Hammer and Hold adds fifty disks to the forces of Order and the battles of Warhammer: Diskwars. New heroes and units arrive for the Empire and High Elves, and players gain their first chance to build regiments for the Wood Elves, Lizardmen, and Dwarfs. Along with these disks, and the regiments they can form, come new rules for Poison and the powerful keywords, Guard X and Stalwart. Still, it’s the Dwarfs that are the true stars of Hammer and Hold, and players will be able to muster full Dwarf armies of three regiments!