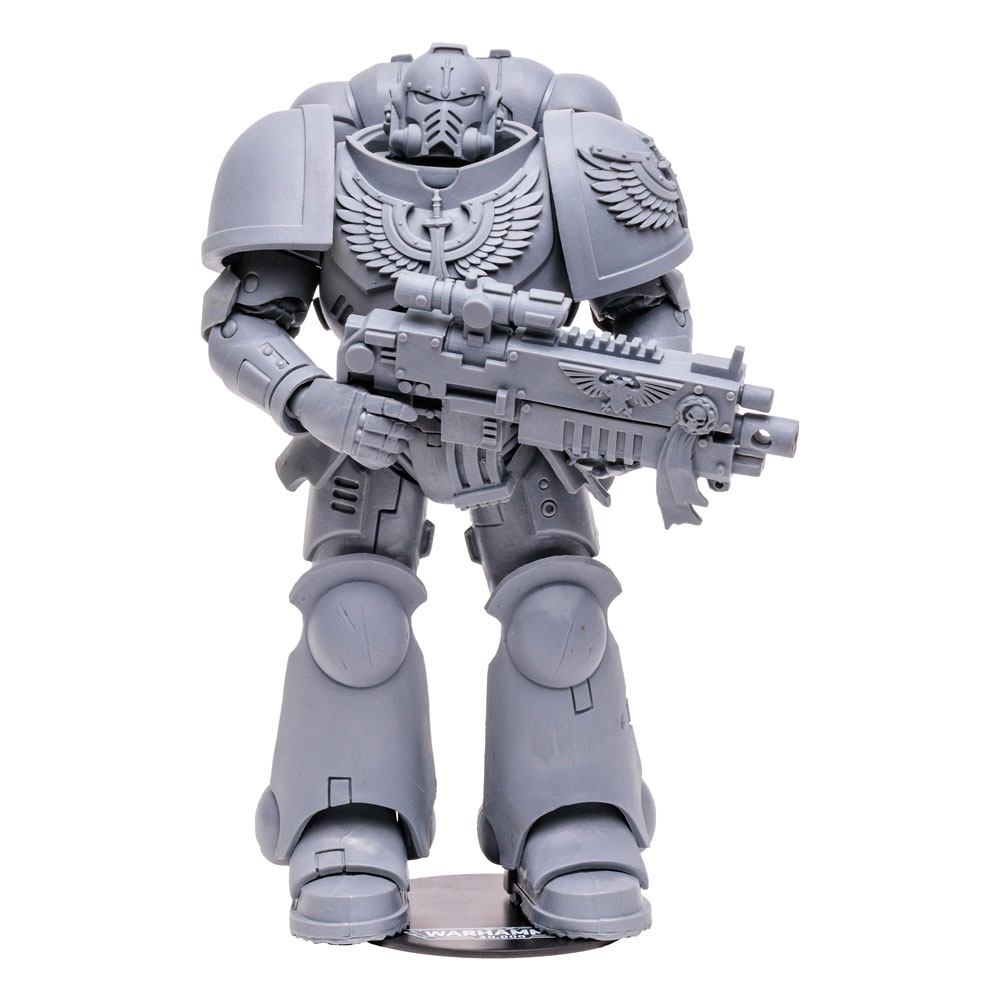 The Dark Angels are a dour brotherhood, characterized by their deep commitment to millennia-old rituals, loyalty, discipline, and self-sufficiency. They are a fighting force whose allegiance to the Emperor and his Imperium is nigh impossible to dispute, yet few call them friends, and none know much of them thanks to their determined reclusiveness.

- Incredibly detailed 7" scale figure based off the Warhammer 40k Franchise
- Designed with Ultra Articulation with up to 22 moving parts for full range of posing
- Dark Angels Intercessor AP comes with a Bolt Rifle, Backpack, and a base
- Figure is classic matte grey figure to allow consumer to paint and customize their figure like classic Warhammer 40K minifigures
- Figure is showcased in Warhammer 40K themed window box packaging
- Collect all Additional McFarlane Toys Warhammer 40k Figures