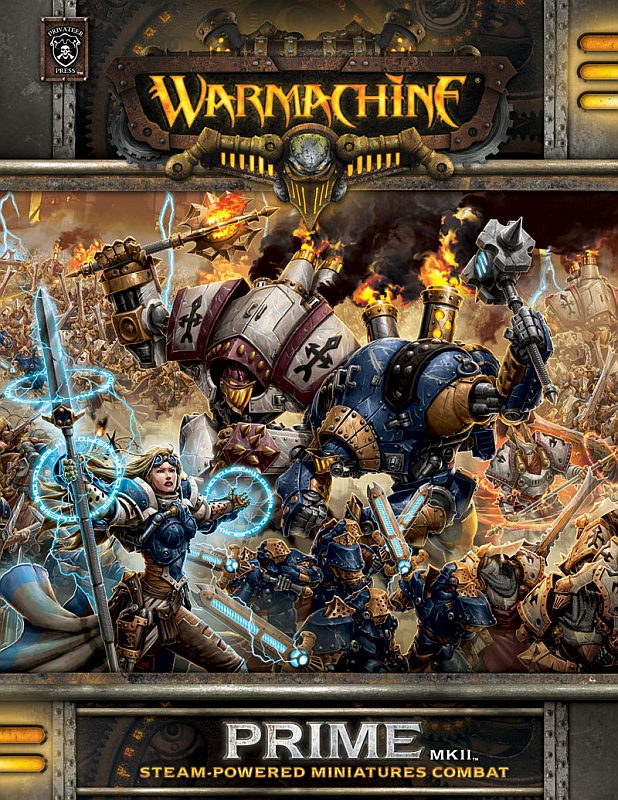 Step into a world forged of iron and tempered by war.

In WARMACHINE, the very earth shakes during fierce confrontations where six-ton constructs of iron and steel slam into each other with the devastating force of a locomotive, where lead-spewing cannons chew through armor plating as easily as flesh, and where bold heroes set the battlefield ablaze with a tempest of arcane magic as they forge the fates of their unyielding nations in the fires of destruction.

WARMACHINE Prime: Mk II is the core rulebook for the second edition of the award-winning tabletop wargame WARMACHINE. The popular game now plays faster, easier, and more aggressively than ever before. Prime Mk II includes the rules for the game; detailed profiles and game stats for powerful characters, warjacks, and soldiers; histories of the nations of the Iron Kingdoms; and an instructional hobby guide that will help bring your tabletop battlefield to life.

Charge into the metal-on-metal action of WARMACHINE Mk II and brace yourself for battle like you’ve never experienced before!