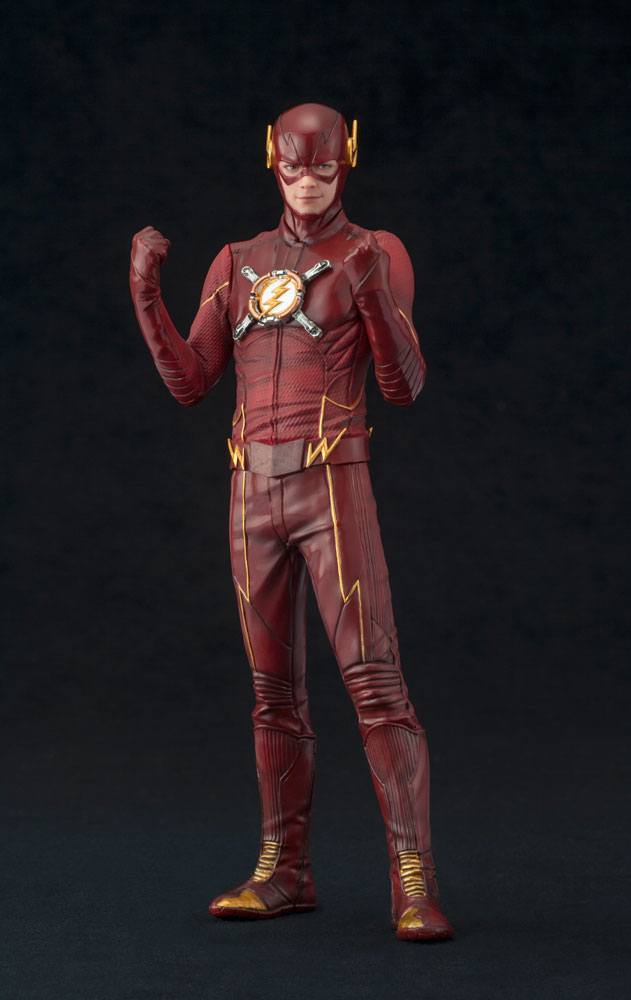 Kotobukiya expands beyond their DC Comics comic book and movie inspired ARTFX+ statues to include new representations of the characters based on their TV appearances! Next up is Barry Allen, the forensic scientist who fights crime and metahumans both in his job and as The Flash!

This Special Version includes a new head sculpt, arm parts, and an attachment to his chest emblem (as seen near the end of Season II and the Supergirl crossover episode) to differentiate it from the regular release. All parts are interchangeable with the regular version!

Display alone or alongside other DC Comics inspired TV show characters like the upcoming Arrow and Supergirl!