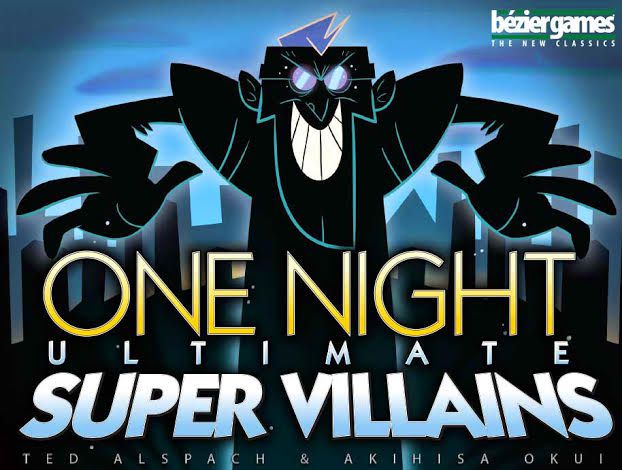 Unbeknownst to the citizens of Shady Grove, USA, a battle is brewing while they sleep. The most powerful heroes the world has ever known have converged to stop an onslaught of malicious super villains. The trouble is, these nefarious criminals are hiding in plain sight as residents of Shady Grove, so the heroes first have to find these treacherous evil-doers before it’s too late...

In One Night Ultimate Super Villains, players take on the roles of heroes or villains, each with amazing superpowers that help further their cause. The vile trio of Rapscallion, Dr. Peeker, and Henchman #7 are intent on getting away with their crimes, while the members of the Super Club Of Overt Powers (SCOOP), are all out to catch them. Shady Grove — maybe even the world — will never be the same.

The game also includes a free companion app which guides players through the different player actions during the night phase of the game.