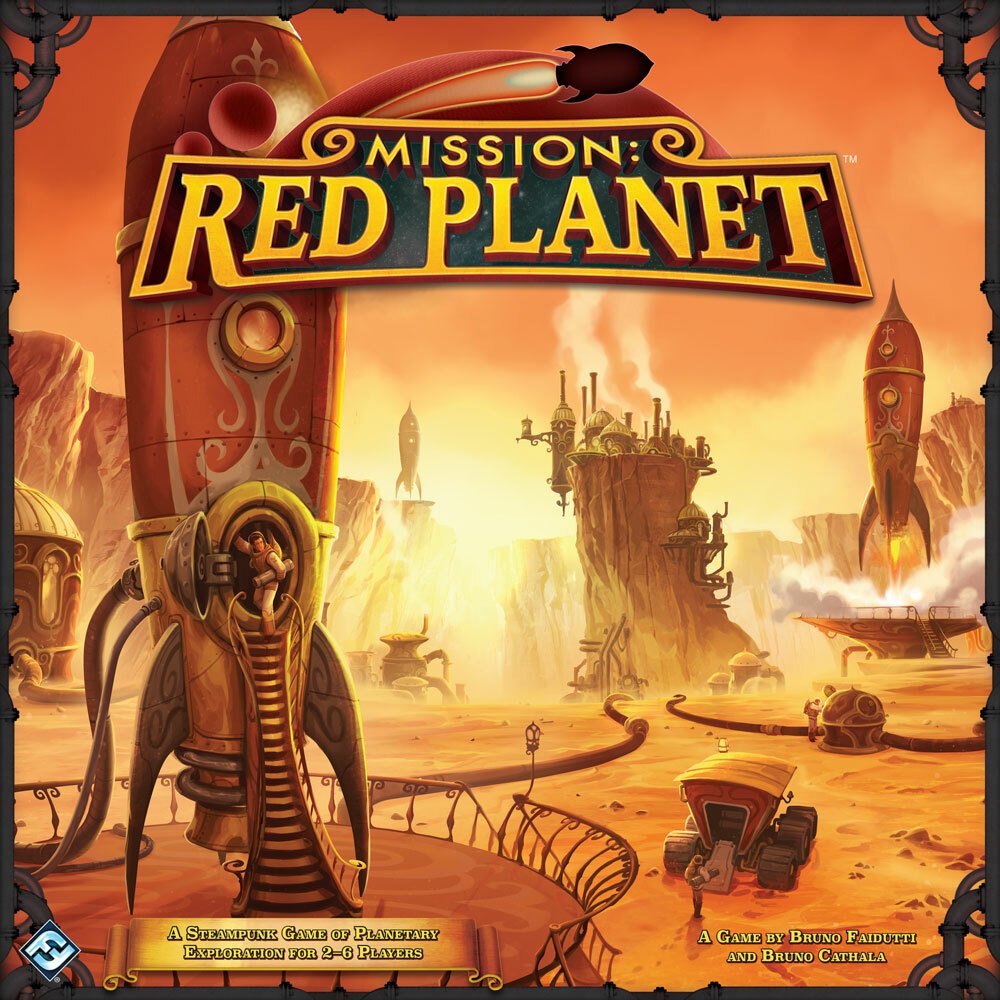 Launch an expedition to Mars in Mission: Red Planet, the steampunk-themed board game of planetary exploration designed by Bruno Cathala and Bruno Faidutti. As the leaders of ruthless Victorian-era mining corporations, two to six players compete to occupy Mars and harvest the planet’s priceless mineral ores and ice. You need to cleverly utilize the talents of nine wily characters who can lead your exploration of Mars and sabotage your competition. This new edition of an acclaimed game incorporates revisions by the original designers and features allnew graphic design.