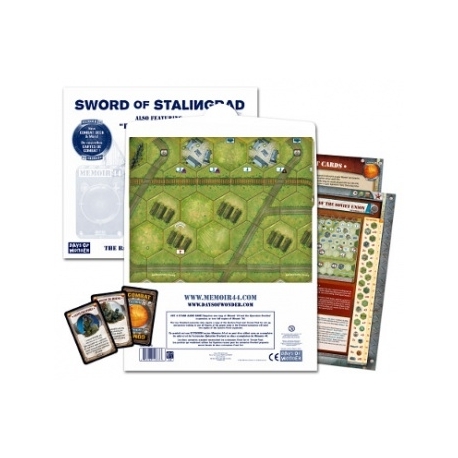 By the end of August 1942, German troops had reached the Volga, north of Stalingrad. In a matter of days, 4th Panzer Army, headed for the river south of the city, effectively trapping many of the men and women of the Soviet 62nd Army. Stalin's order of July 27 - "Not a step back!" - was no longer just an obligation but a necessity, and its slogan "There is no land behind the Volga!" the harsh reality that now faced all of the city's inhabitants.

Having witnessed first-hand on the Russian steppe the devastating effectiveness of German Blitzkrieg tactics, Lt. General Chuikov turned the carpet-bombing of the city to his advantage. Anchoring his defense lines in bombed-out buildings that overlooked strategically important streets and squares, he ordered Soviet troops to "hug the enemy". Always keeping the front lines as close to the Germans as physically possible, often a mere floor or door frame away, he successfully negated much of the Germans' firepower and combined arms superiority.