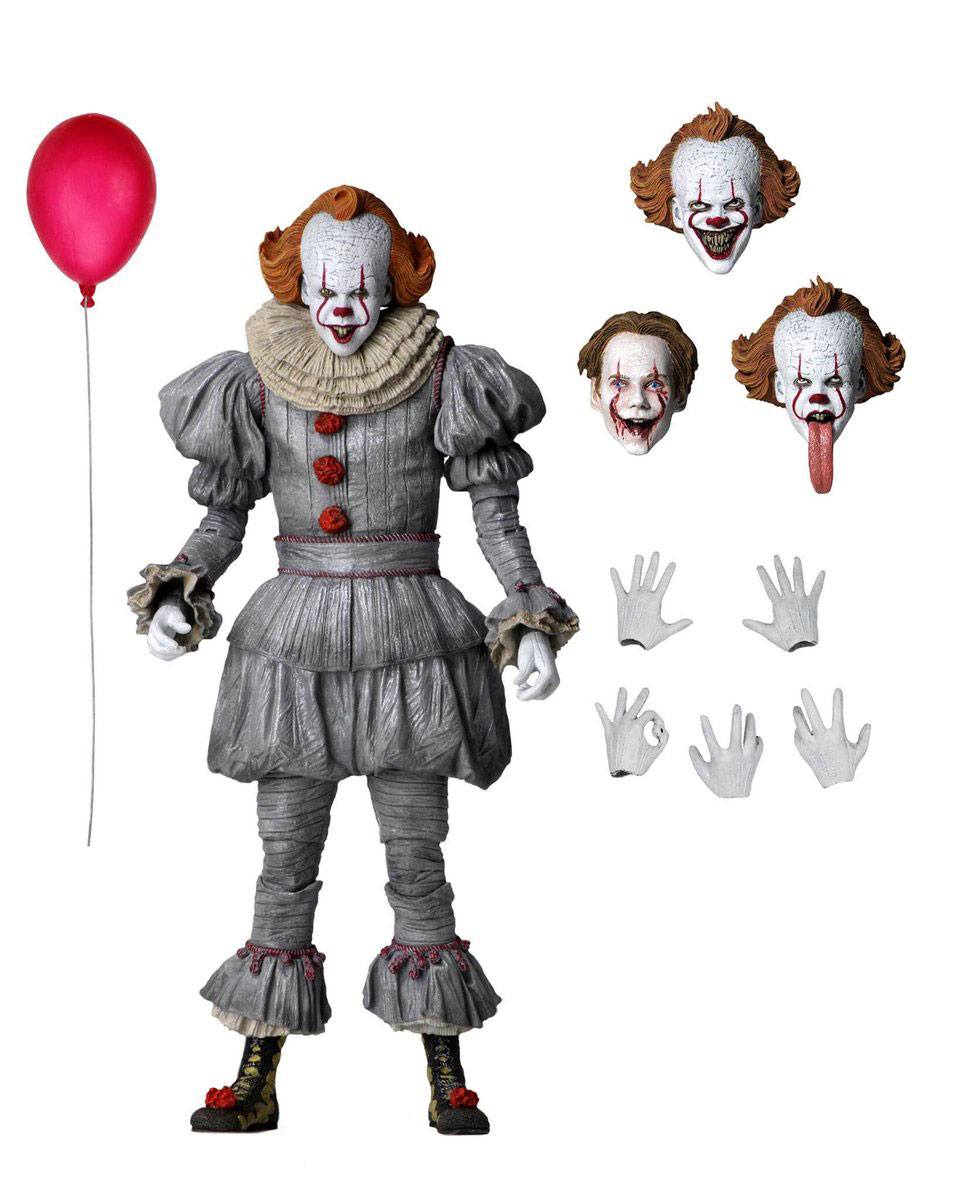 From the newly released IT: Chapter Two, the nightmarish clown returns! It's been 27 years and the Losers Club must find a way to defeat it once and for all.

Based on Bill Skarsgård's portrayal of the shape-shifting creature, this 7? scale figure features an all-new body to showcase Pennywise's costume change in the second movie. To recreate the most terrifying scenes from the film, the fully articulated figure has four interchangeable heads, plus interchangeable hands and red balloon.