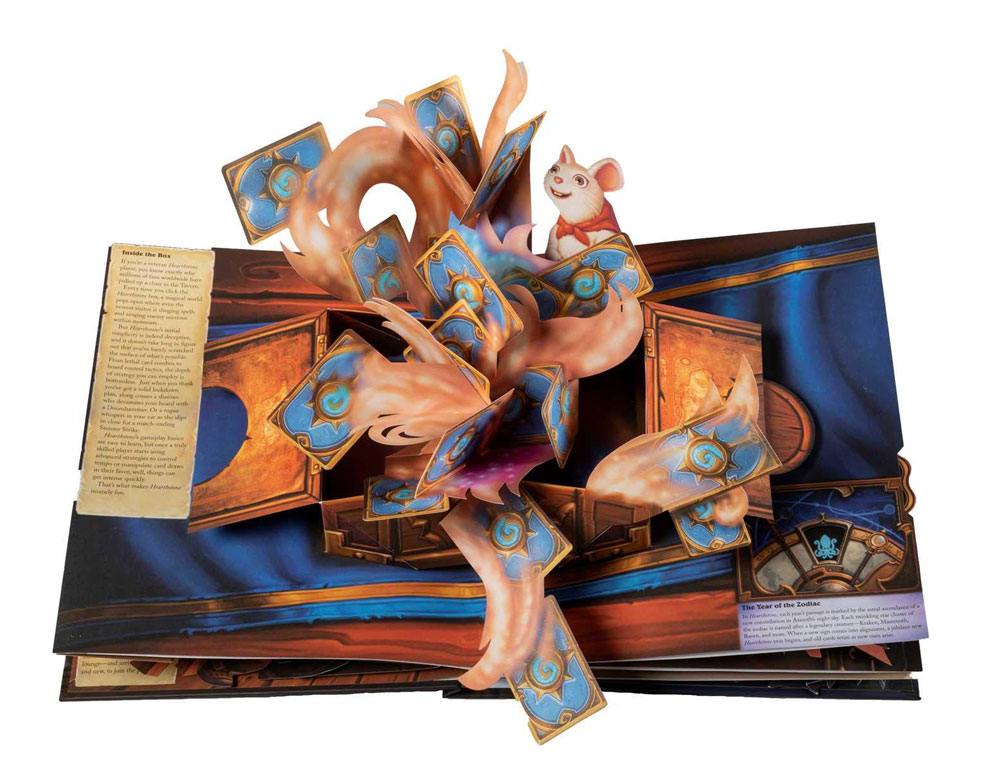 Embark on an exhilarating journey into the world of Blizzard Entertainment's Hearthstone®. Take your place alongside the nine major heroes, engage in a stunning arena battle, and enjoy a charming story told with the game's signature wit and whimsy. Unfold each page to reveal a spectacular central pop accompanied by booklets of smaller pops. The Hearthstone® Pop-Up Book is a marvel of creativity and paper engineering-and a must-have for Hearthstone fans everywhere.

About the game: Hearthstone® is a fast-paced digital strategy card game in which players sling spells, summon minions, and wield powerful weapons to do battle with their opponent. Featuring familiar characters from the Warcraft® universe, Hearthstone has won over legions of fans with its compelling gameplay and lively style.