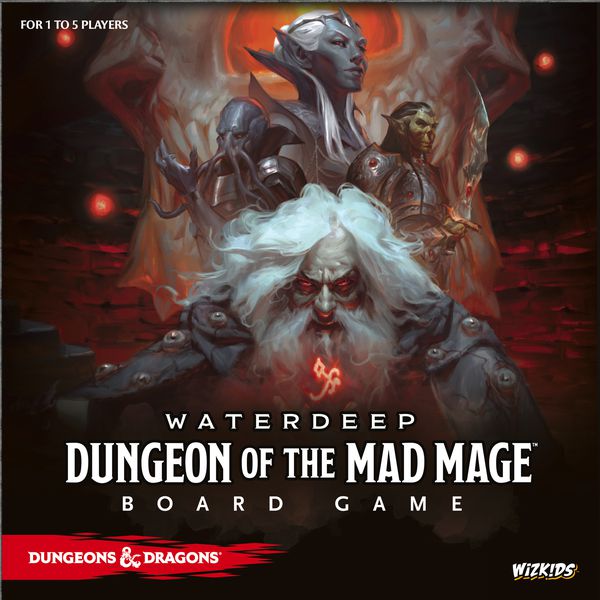 In the city of Waterdeep rests a tavern called the Yawning Portal, named after the gaping pit in its common room. At the bottom of this crumbling shaft is a labyrinth dungeon known as Undermountain, domain of the mad wizard Halaster Blackcloak, who has seeded his lair with monsters, traps, and mysteries.

As an adventurer in Waterdeep: Dungeon of the Mad Mage, you plan to explore Undermountain in search for treasure while navigating numerous traps and ominous monsters.

Following in the path of the other critically-acclaimed D&D board games, Waterdeep: Dungeon of the Mad Mage features multiple scenarios, challenging quests, and gameplay designed for a single player or a cooperative group of 2-5 players. The game features new environment and bane/boon cards, as well as the trap and spell decks that premiered in Tomb of Annihilation.

Waterdeep: Dungeon of the Mad Mage can also be combined with the other D&D Adventure System co-operative play board games, including Tomb of Annihilation, Temple of Elemental Evil, The Legend of Drizzt, Castle Ravenloft, and Wrath of Ashardalon.