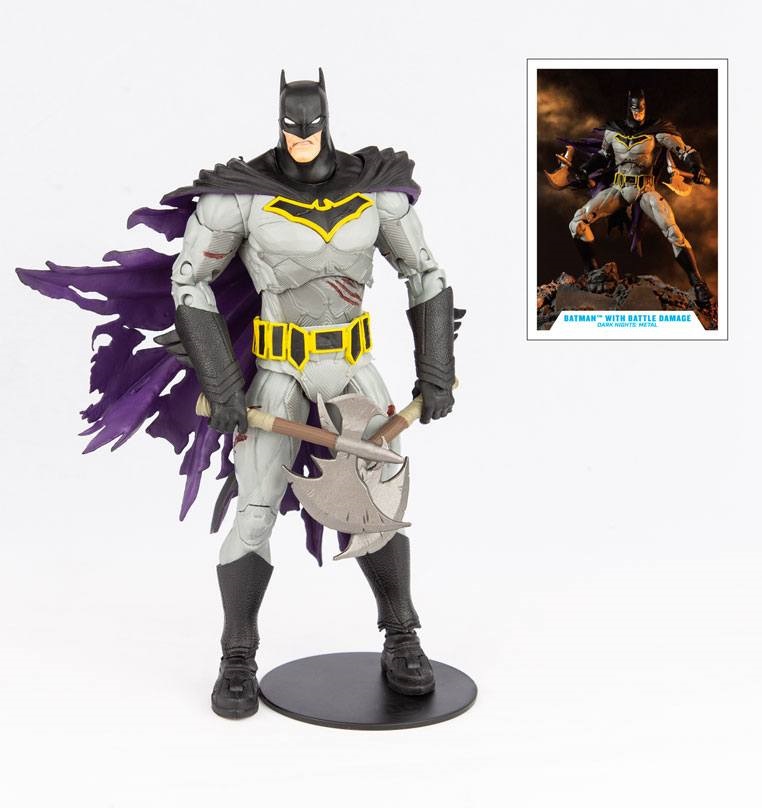 Following the universe-shattering events of Dark Nights: Metal, the Earth is enveloped by the Dark Multiverse and has transformed into a hellish landscape twisted beyond recognition. Willing to sacrifice his own humanity for the greater good, Batman wields an evil Black Lantern power ring, which grants him the power to resurrect the dead. Now, leading an army of zombies and riding a Batcycle made of bones, the Dark Knight wages war against The Batman Who Laughs and his omnipotent goddess, Perpetua, in his mission to save the DC Multiverse!

- Incredibly detailed 7" scale figures based off the DC Multiverse
- Designed with Ultra Articulation with up to 22 moving parts for full range of posing and play
- Batman figure features a new cape and battle damage and is based on his look in the Dark Nights: Metal Comic
- Batman includes two axes and a base
- Included collectable art card with Batman figure photography on the front, and character biography on the back