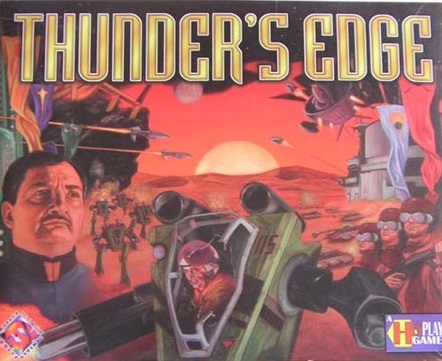 Thunder's Edge is a science-fiction board game of politics, strategy and giant mecha for two to five players. Each player controls one of Earth's factions, each of which is trying to exert power over the planet Thunder's Edge. To win, players must gain the support of important lobby groups within the government, hold key locations on Thunder's Edge by military force, and fight for control of vital off-world locations.