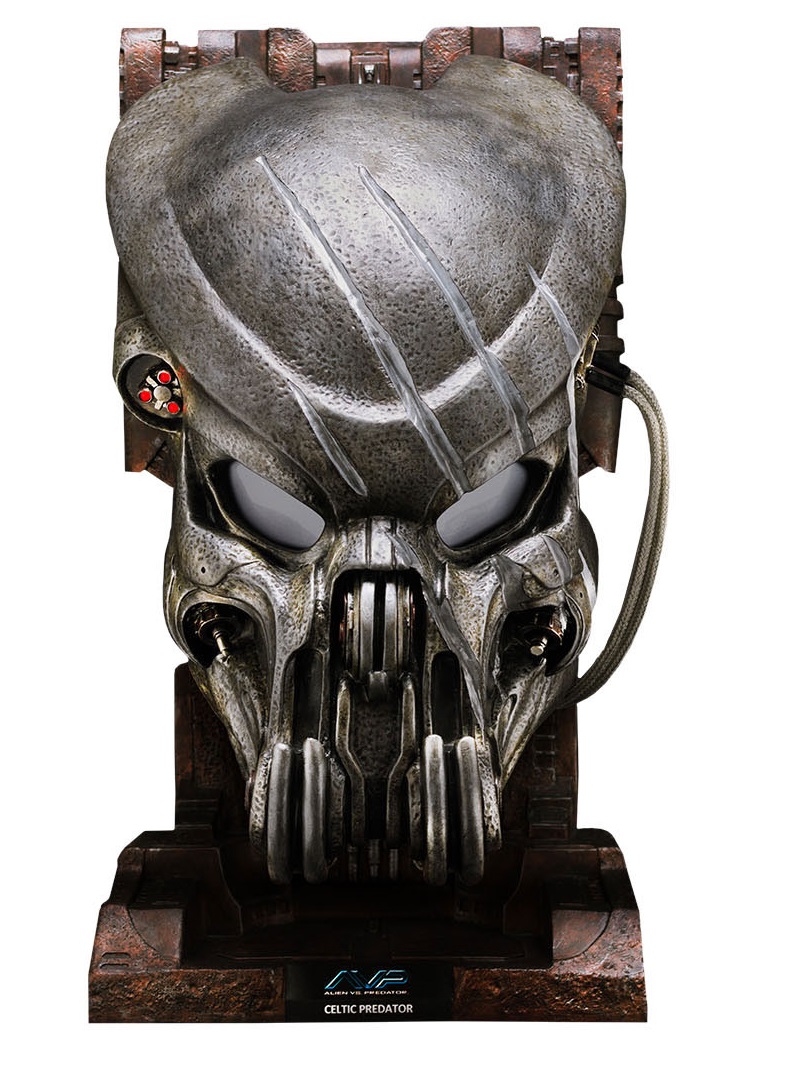 This predator, known as ?Celtic? among fans, is a leader of the young predators that appeared in the pyramid ruins under the Antarctic, travelling to Earth to collect the skulls of the aliens for trophies in the 2004 movie Alien vs. Predator.

Though he received massive wounds from his fight with aliens, his brave attitude made a huge impact in the movie.

CoolProps fashioned the Battle Damaged Mask Prop Replica using an original prop made by Amalgmated Dynamics Inc., from the film. The Celtic Predator's mechanical details and scratch marks have been faithfully recreated.