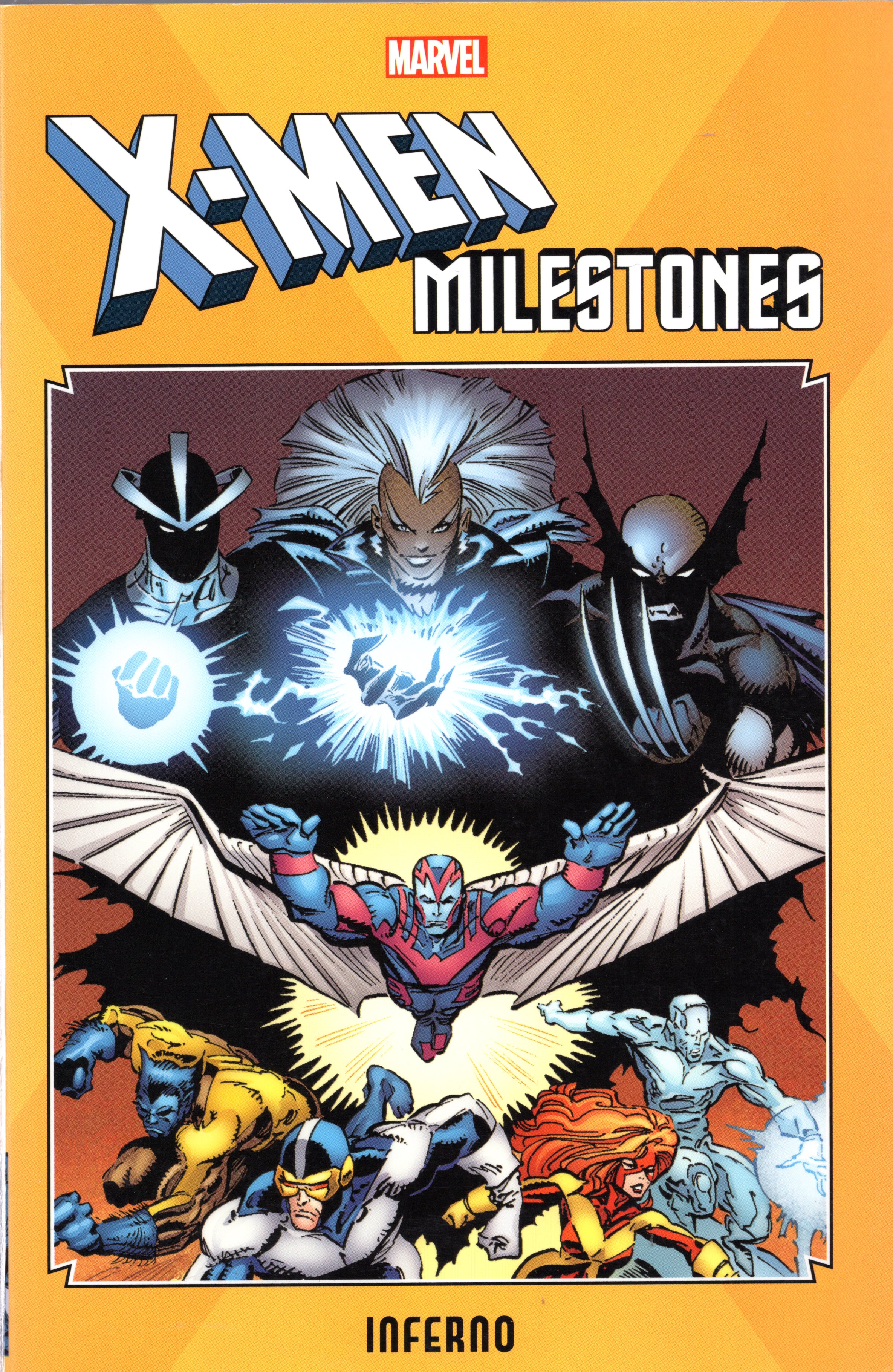 The biggest and best adventures of Marvel's mighty mutants - these are the X-Men Milestones! Strike the match...fan the flames...and light the Inferno! Limbo's demon-lords corrupt two of the X-Men's nearest and dearest - Colossus' sister Illyana Rasputin and Cyclops' wife Madelyne Pryor - and use them to bring a horde of demons raining down on New York City! But as Illyana battles to regain her soul, Madelyne threatens to cast a spell that will merge Earth and limbo permanently...with the sacrifice being her own innocent son! And when Mr. Sinister brings his own agenda into the mix, secrets are revealed that rock Cyclops to the core! The X-Men, X-Factor and New Mutants face their most harrowing ordeal ever, with the fate of the world in the balance! Collecting: X-Terminators 1-4, Uncanny X-Men (1981) 239-243, X-Factor (1986) 35-39, New Mutants (1983) 71-73