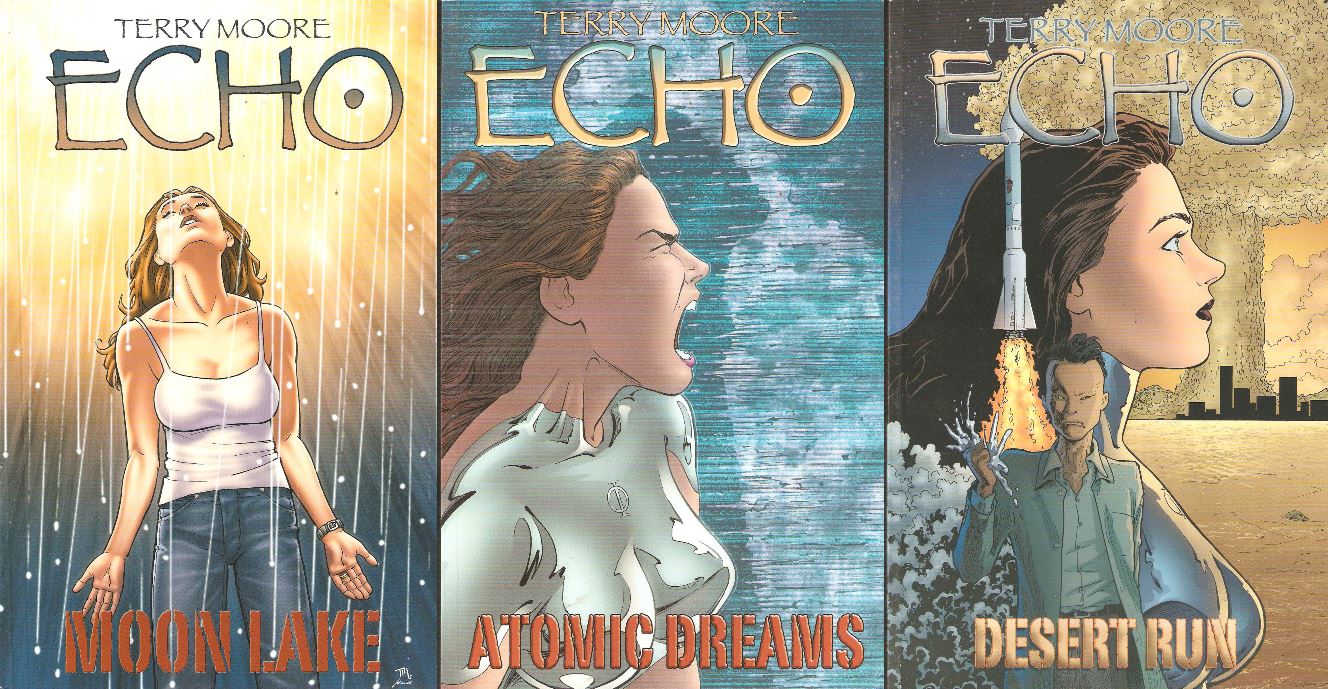 Echo: Moon Lake
Julie Martin is in the wrong place at the wrong time when she finds herself under a strange explosion in the desert sky. The resulting fallout covers her in a mysterious silver metal that brings her more trouble than she can ever imagine, and a friend to die for. Collects issues #1-#5. Bonus pages include development sketches and design notes.

Echo: Atomic Dreams
Julie is the unwilling host to remnants of an atomic alloy manufactured by the Hietzer Nuclear Research Institute, or HeNRI. Pursued by an unstoppable HeNRI agent named Ivy, Julie runs and hides in the Nevada desert, aided by the unlikly allies of a gang of bikers and park ranger, Dillon. But there is another: a nameless madman who stalks Julie and her precious alloy, leaving a trail of death and destruction in his path. It's a race against time in the hit series by Eisner Award winning creator, Terry Moore. This trade paperback collects issues 6-10.

Echo: Desert Run
This Eisner Award nominated series by Terry Moore is hot Julie Martin wakes up in a desert motel covered in a radioactive atomic alloy capable of fantastic destruction. Pursued by a maniacal killer and a sexy government mercenary, Julie discovers the spirit of another woman is living inside her...and the two of them must stop the alloy from destroying the world Collects issues 11-15