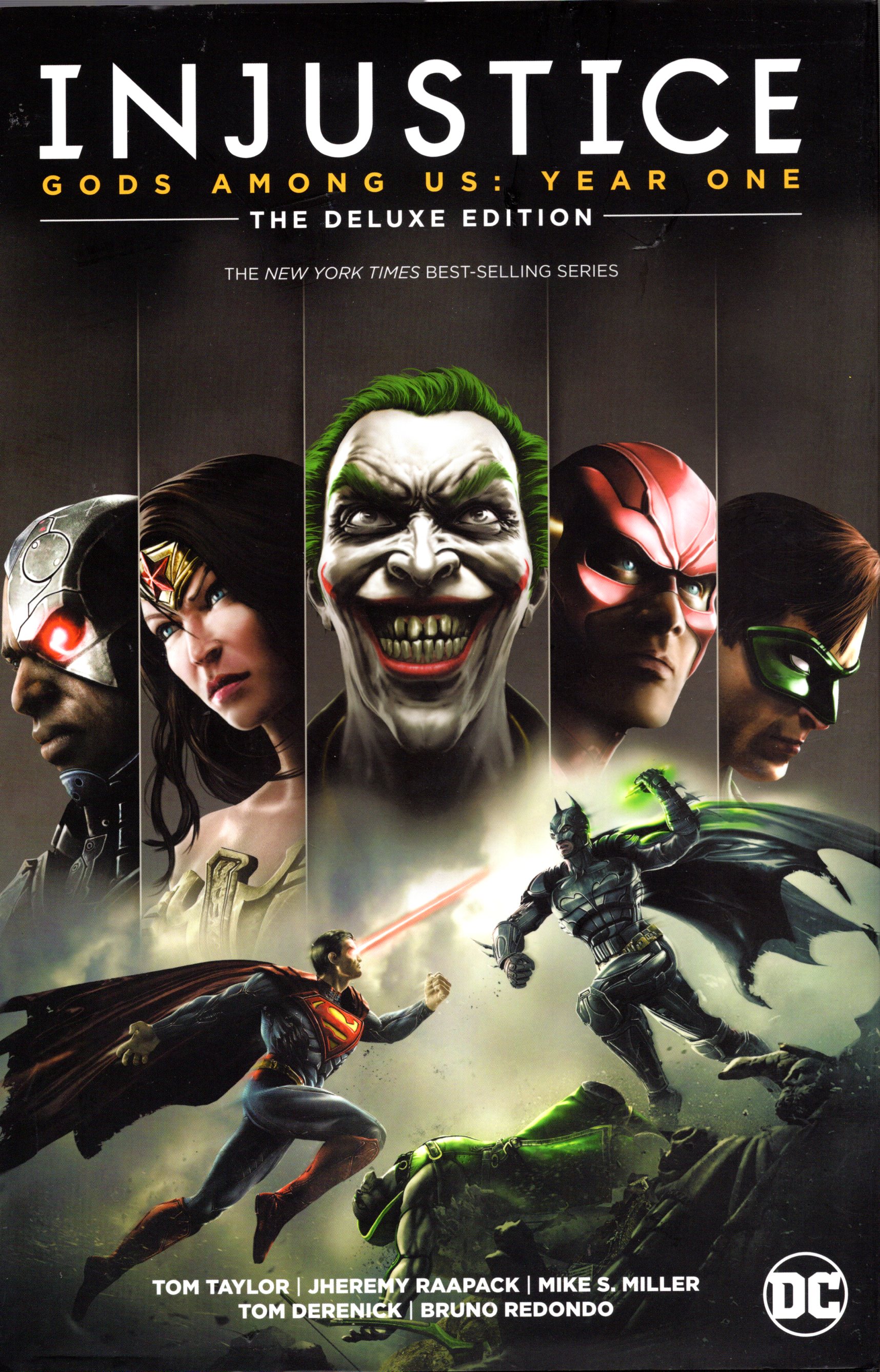 A - Injustice The Deluxe Edition

Now in hardcover, this deluxe edition of Injustice: Year One, the critically acclaimed prequel to the best-selling fighting game Injustice: Gods Among Us, is here with a brand-new introduction by New York Times best-selling author, Tom Taylor. Additionally, this incredible edition will include never-before-seen backmatter like script pages, artist sketches and character sketches. The line between hero and villain is blurred when the Joker unleashes a deadly plot on his latest victim--Superman! And when the heartbroken Man of Steel starts killing, the heroes of the DC Universe must decide if they are with Superman, or against him. Based on the video game phenomenon, Injustice: Gods Among Us, this prequel graphic novel series is now collected in hardcover for the first time ever. Collects issues #1-12.