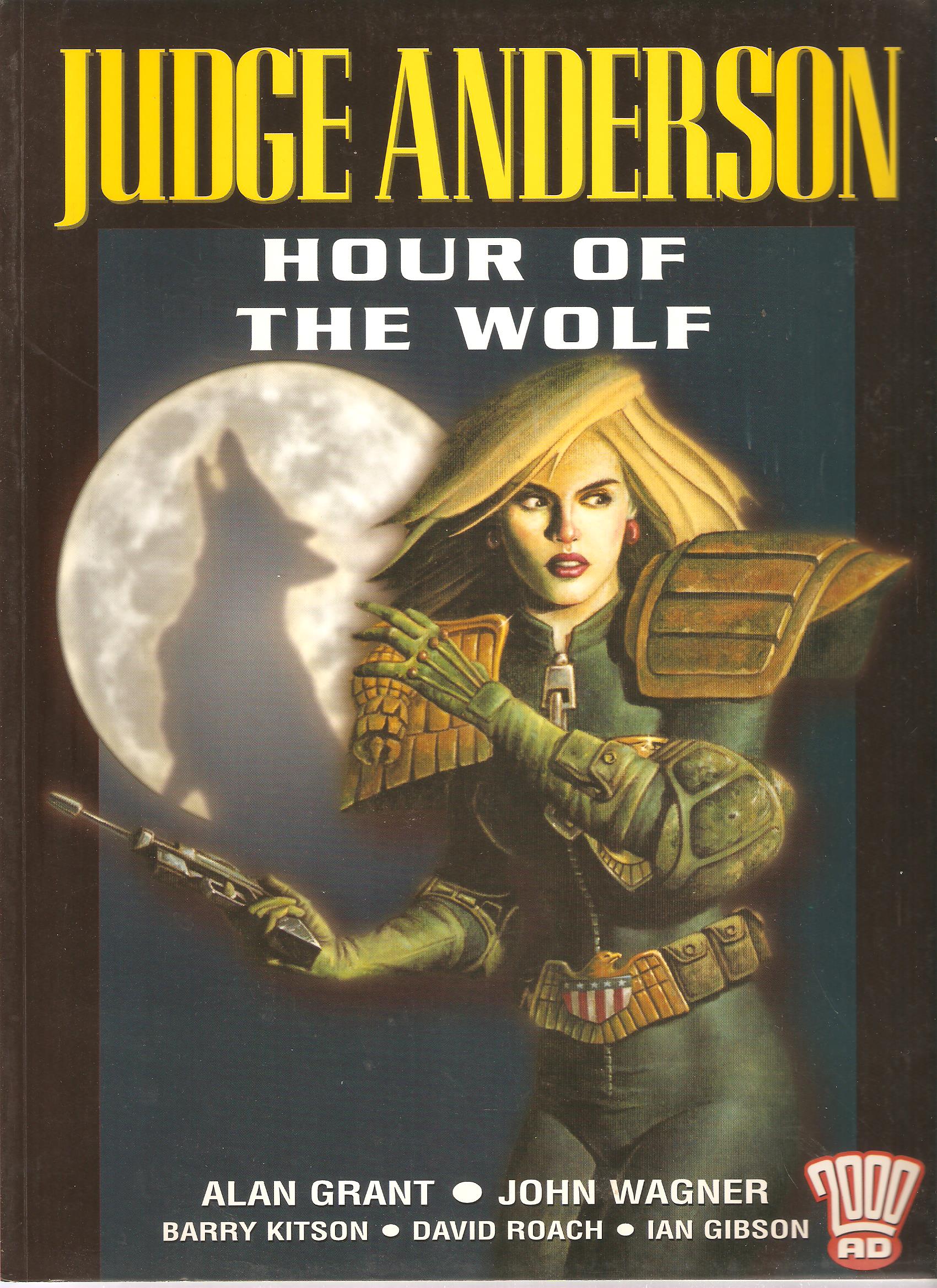 In Mega-City One, some cases - and some criminals - are too bizarre for even the feared Judges (including Dredd!) to crack. That's when they call for Psi Division, the elite psychic department of the Judiciary - and Psi's top judge, Cassandra Anderson! In "Hour of the Wolf", when Anderson starts getting psychic 'flashes' of a wolf stalking Mega-City One, she can't quite identify why they're so alarming - until an assassin almost kills her! Soon she finds herself caught in a race against time to stop an old, terrible threat to the city from resurfacing! And in "Helios", Anderson must face another Psi - with the power to drive ordinary citizens into a psychotic, murderous fury!